Your Kid’s Brain on Pot 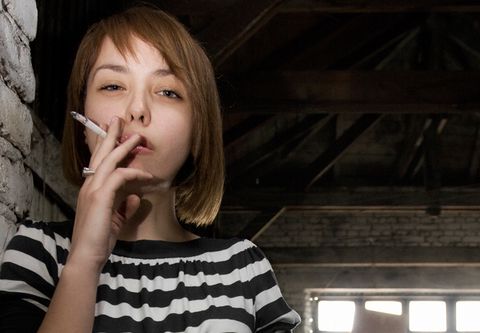 We’ve got a big problem with kids and pot.  Maybe you’ve been told by your kid that “pot is safe” because “I looked it up” or “it’s legal in Colorado”.  The internet is a treasure trove of unreliable information for savvy adults, much less teens with a point to make.

Last year I worked closely with the family of a high school senior with a giant dependency on cannabis.  He was failing all grades and turning into something of a local “gangster wanna-be” around his small town.  Only his father’s intervention in a violent family altercation around prom time spared him a jail stint for battery of his mother.  He was literally ripped from his home that evening and brought to Florida.  He improved dramatically after arriving.  His family helped him salvage his academic record, put him into a new school, sorted out some critical ADHD medications and laid down the law on pot smoking.  His grades went up.  His attitude improved.  His social life got better.  He got into his first choice of colleges.  He spent the summer before going away in great spirits, having accomplished something of a turn-around.  And then he went away.  And went back to his addiction.  He reports smoking pot daily and feels unable to stop.  He’s now failing out and will be asked not to return.

So what’s the moral of this story?  Marijuana is a complex mix of compounds that we are being careless with because we truly do not yet understand it.  Our fears and resulting government regulation has put it out of reach for meaningful research.  At the same time, it’s potential as a healing drug has made it something of a “celebrity” on the high school/college crowd.  Hemp-based CBD oils, especially the non-psychotropic versions are the new rage.  After all, it’s a plant.  It’s natural.  God made it.  Even the Rastafarians worship it!  How can it be bad?

Pot slows the development of the teenage brain.  Studies are showing that students are smoking pot as early as 10 and 11 years old during a critical period when our capacity for “executive functioning”, motivation and decision making is just forming.  For a kid already delayed by the complex effects of learning trouble from ADHD, this is a disastrous recipe.  Often those kids will use pot to “self medicate”, enjoying the sedative benefits and overlooking the long term life adjustment/motivation problems that will inevitably occur.  And more and more new research we do have is proving a long held suspicion:  pot’s a “gateway” drug to alcohol abuse and the use of more serious drugs such as cocaine and methamphetamine.  We don’t have to continue losing our children to this stupidity.

If your family or  someone you love is struggling with addiction, you can find helpful sources on here.  Call me at 561-213-8030.  Or email me at john@johndaviscounseling.com.  I’m a licensed professional addictions therapist in downtown Delray Beach, FL.