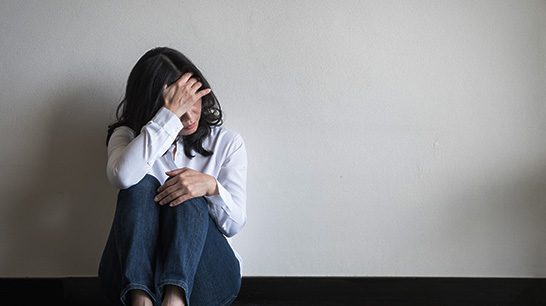 Any experience, large or small, that leaves a significant and lasting negative impression can be referred to as traumatic, no matter how early in our lives. Some of the worst events can shake us to our core and render our lives unmanageable. Assault, molestation, death of loved ones are events that can remain with us bringing chronic disorder and emotional pain.

A male client of ours was brutally attacked 10 years before meeting with us. He was raped by a gang of youths in a covered bridge tunnel returning from work. Beaten severely and hospitalized for an extended period, he emerged after a long convalescence a nervous and frightened young man. He gradually was able to return to work shortly after the incident, but with his social life greatly restricted. He had broken off his last relationship of long duration, preferring to spend his evenings alone and at home. He had also developed an exaggerated sense of watchfulness and caution, usually called “hyper-vigilance” that caused extreme fear and guardedness. He often panicked under these conditions and became paranoid and reluctant to leave his apartment. Nightmares and flashbacks became common. He had developed “agoraphobia”, or a fear of public spaces and sought therapy when his isolation got the better of him. This extensive case necessarily took some time. Beginning shortly after intake with breathing exercises focused on calming the body, our treatment gradually included guided imagery and directed meditation sessions designed to increase comfort in his body and lowering his fears. The client gradually grew more stable and able to talk about the incident without a sense of “re-traumatization” that often can occur when cases like this are poorly directed. We used EMDR over a period of time as well as sessions of body movement and hypnosis. His nightmares and flashbacks began to disappear. He changed jobs to one that better utilized his considerable skill at programming. He entered a new relationship that has continued to the present over a period of several years. He has reported to us at “check in” sessions that he has restored his sense of engagement and fun and goes out with social groups regularly with little remembrance of the tragic events that brought him to us.

Have you experienced trauma? Schedule a consultation to speak with John Davis and work to improve your wellbeing and learn coping skills.