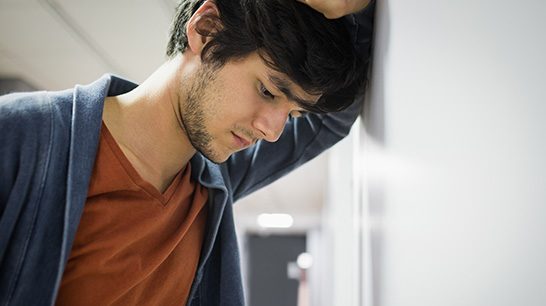 Fear and nervousness can rise for many reasons and with many expressions, from a mild uneasiness to full blown panic accompanied by sweating, high pulse rates and difficulty breathing. The roots of our fears can be complex, diffuse and vague. Our reactions can range from wanting to run to making us angry to making us use substances to soothe ourselves. We can feel stuck.

Anxiety can be highly specific like a phobia, or can be generalized and non-specific such as social anxiety. It can range from mild uneasiness to excessive panic and physical discomfort. An excellent strategy for addressing anxiety is Cognitive Behavioral Therapy. It is a conversational technique that seeks identify distorted thinking and maladaptive patterns of behavior that may have originated as early as childhood. Hypnosis has also been effective in helping clients lower their overall emotional reactivity to stimuli, gain a greater sense of confidence and raise their level of comfort in their own bodies. A client of ours was held up at gunpoint returning from an evening outing. The perpetrator struck the client several times in the abdomen causing him to lose consciousness. They stole his car. He subsequently developed panic around a number of environments, especially dark entryways to buildings. He also refused to drive a car. His college grades tumbled. We began with a series of sessions that allowed the client to discuss the awful series of events in a safe, non-judgemental setting. He has previously avoided talking about it. We employed hypnosis a number of times, along with guided imagery sessions to restore a sense of safety and allow the client to begin putting the events in the past. Over time, his anxiety decreased markedly. As he grew more confident, we introduced bicycle riding around the office, and then driving a golf cart in the area. He eventually was able to lengthen his outings and drive a car to appointments. His panic episodes disappeared and his college grades went back up to appreciably and he was accepted to graduate school at a major nationally ranked university.

Is anxiety taking over your life? It doesn’t have to be that way. Schedule an appointment with John Davis to learn to cope with anxiety.